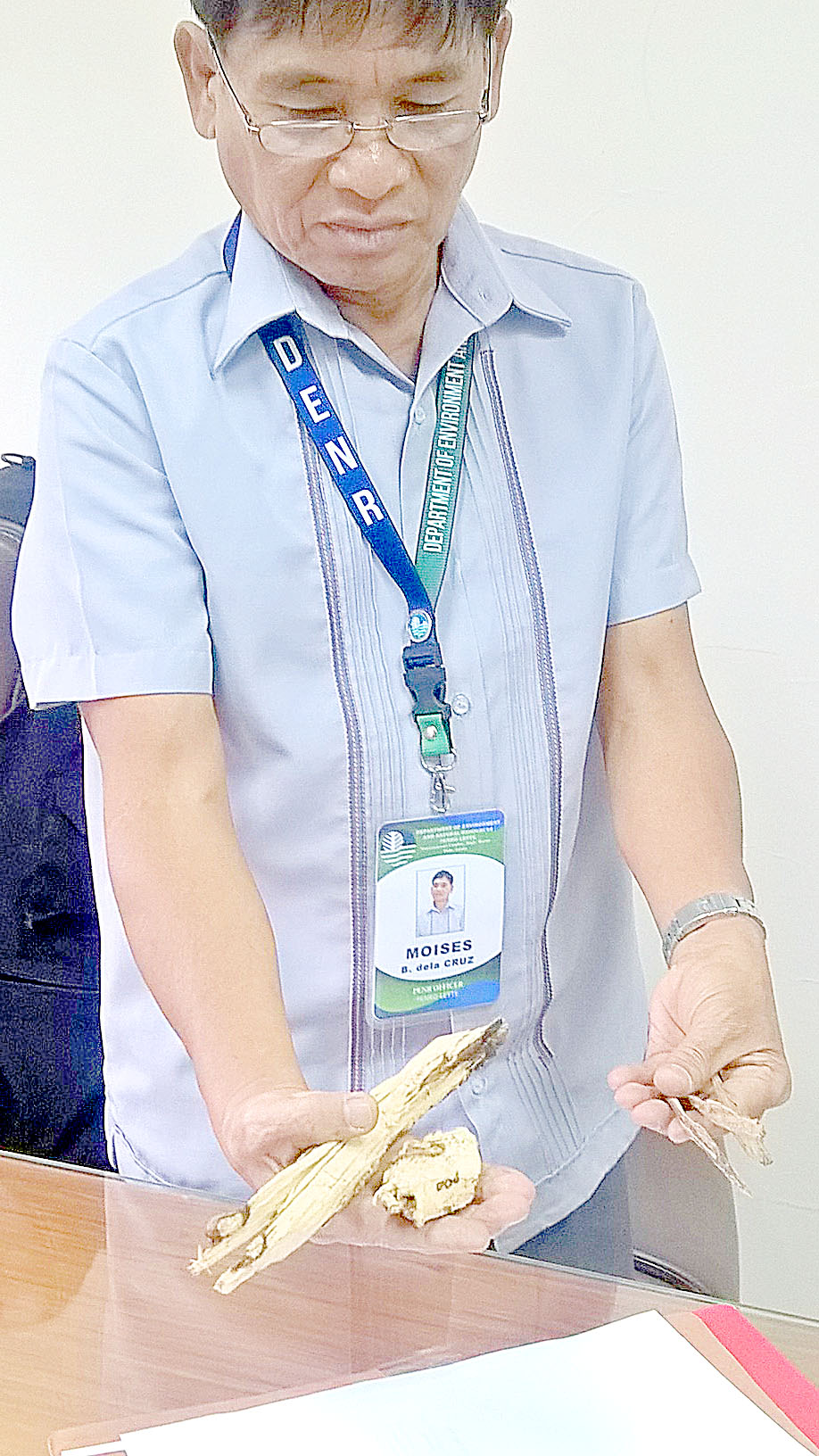 TACLOBAN CITY — With an extremely high market value due to an increasing demand worldwide and limited supply in forests, there is a mad scramble of agarwood in Leyte with hunters taking a “cat and mouse” chase with forest guards deployed to guard against the indiscriminate cutting of trees.

“The value of agarwood has become too expensive, next only to shabu,” Provincial Environment and Natural Resources Officer (PENRO) Moises de la Cruz quipped, adding that dried and top-quality agarwood can demand a price of up to P1 million.

De la Cruz said his office has deployed additional forest protection officers as well as Bantay Gubat personnel in towns that are considered hotspots for agarwood.

He said at least 15 apprehensions have already been made with over 20 cases, including those involving foreign nationals, being filed in different courts against forest poachers searching for agarwood and among those involved in its illegal trade.

There is currently no technology that could determine if a tree has agarwood, thus, agar hunters cut trees indiscriminately resulting to deforestation in some places. “The cutting of trees is trial and error,” De la Cruz said.

Agarwood has high demand throughout the world as a raw material for incense, perfume and medicinal purposes.

The annual global market for agarwood has been estimated to be in the range of $6 to $8 billion, yet a large number of the trades have not been recorded, the NIH research said.

Agarwood is formed in the heartwood of aquilaria trees, locally called lapnisan or lanete, when the tree is wounded and develops a fungal infection to spawn its creation.

Resin is secreted by trees as a defense mechanism to the infections and is deposited around the wounds in years following the injury, where the accumulation of volatile compounds eventually forms agarwood.

Before the infection, the heartwood is odorless, relatively light and pale colored. But when it gets infected, the tree produces a dark aromatic resin, called agar, resulting into a very dense, dark, resin-embedded heartwood.

The PENRO office has no inventory on the number of lapnisan and lanete trees in Leyte but De la Cruz said they are abundant because it naturally grows in the province especially in the towns of Jaro, Carigara and Abuyog.

De la Cruz said those involved in cutting lapnisan and lanete trees will face charges for violation of the Revised Forestry Code of the Philippines and Republic Act 9147 or the Wildlife Resources Conservation and Protection Act.

On 3 November, police arrested seven persons for allegedly smuggling pieces of agar from Barangay Canal, Carigara town in Leyte. Cases have been filed against the suspect including a bribery case after they attempted to bribe police to release them.

Original news link is found on this link https://tribune.net.ph/index.php/2019/11/19/agarwood-in-high-demand/